Tourism Westman is pleased to announce that the 14th Annual Tribute to Tourism Awards Gala held on June 7, 2017 at the International Peace Garden Interpretive Centre near Boissevain, MB was a huge success. This special evening recognized and celebrated the exceptional individuals, businesses, organizations and communities within the Westman region that have made significant contributions to tourism development and promotion over the past year.

The evening included a lovely meal, entertainment by Jayme Giesbrecht & The Soul Revue Band and of course, the Awards Ceremony, led by Barry Lamb, radio personality at CJRB Boissevain.

A BIG CONGRATULATIONS goes out to all 24 nominees

Volunteer of the Year

Event of the Year

And the Winners are…

This tribute is presented to an individual under the age of 29 years in their capacity as a volunteer, employee, or entrepreneur.

This young lady has been passionately promoting her community’s local heritage & culture to visitors since 2014 and in 2016, was offered a prestigious summer scholarship for youth between 15-17 years of age to study the interwoven history of Canada, France and Great Britain during the First & Second World Wars.  Being the only winning recipient from Manitoba, this was a huge honor.  At school, she is the reporter for the Student Council, a student member of the Fort La Bosse “Mind Your Health Committee” and is responsible for starting up the “Post secondary Club” to help give helpful websites and tips to Grade 12 students going to University.  She also had a part in founding an in-school metal awareness committee called “Headstrong Committee”.  Jane currently teaches Grade 3-4 Catechism in her Church and is a “Sparks” Guider and “Ranger”.  Currently, she is working on a Cenotaph Project to collect as much information as possible for all 103 soldiers whose names are inscribed on the Virden Cenotaph in Victoria Park and is excited to have been accepted to the University of Ottawa for a Bachelor of Arts in History this coming Fall.

Event of the Year

This tribute is presented to a hallmark festival or event that creates substantial economic impact within the local community, attracts visitors from outside the region/province/country, generates regional/national media attention and positively promotes Southwest Manitoba.

This event was conceived in 2014 as a marketing and fundraising partnership between the Manitoba Agricultural Museum (MAM) and the Canadian Foodgrains Bank (CFGB).  As a result of the organizing committee’s efforts and the generosity of Manitoba individuals and businesses, 7,871 visitors attended the one day event, with a net profit of $134,000 fundraised and 310 news stories across Canada over 14 months featuring the event. In July of 2016, this  event held the world’s largest pioneer harvest near Austin, MB in conjunction with the 62nd Manitoba Threshermen’s Reunion and Stampede; breaking a Guiness World Record for the largest number of threshing machines operating simultaneously!  Event proceeds were used to help small-scale farm families in Africa learn to grow more and better food and to help preserve Manitoba’s agricultural heritage through restoration and interpretation projects.

This tribute recognizes a business, organization, event, or attraction that has developed an effective marketing campaign that increases tourism to Southwest Manitoba.

Exclusively using video to generate new awareness of and attract visitors to various attractions during the Summer of 2016, the town of Minnedosa’s social media weekly viewership saw an increase between the months of June/July of over 986%! The campaign incorporated the use of organic video, semi-scripted and shot from a smart phone, visiting locations about the community.  By not using actors, and instead featuring local people associated with various attractions, they were able to capture the voice and sentiment of the community to inspire interest in the Heritage Village Museum, Minnedosa Golf & Country Club, Inspire Studio of Fine Art as well as other area attractions both well-known and some of the community’s best kept secrets.

This tribute is presented to an alliance of local businesses and/or organizations and/or communities that have partnered together to promote tourism for a particular area.

For the past 119 years, each member of this partnership has hosted individual curling bonspiels on separate weekends and each was successful in their own right.  However, 10 years ago, the two clubs combined forces with a mutual acknowledgement that curling is a family event, and so should be their bonspiels.  Working together, they created a week- long bonspiel to represent their philosophy and thus; a new Carberry Bonspiel was born; one that was family friendly and inclusive of men’s women’s and junior teams! Facility upgrades were made to improve the playing area as well as improve the quality of the viewing experience for the spectators; in turn contributing to long term facility improvements that benefit all user groups and spectators.  Each February, the arena ice is now converted to 5 sheets of curling ice, for a total of 9 playing surfaces; on which just over 200 games were played during the week- long event in 2016!

This tribute is presented to a business or organization for the delivery of exemplary service and enhancement of visitor experiences as demonstrated through a high degree of visitor satisfaction.

This organization has provided excellent customer service at the Ag Society Fair Grounds by developing it into a venue that can be used 9 months of the year and accommodate much more than just a fair.  Renovations to the deteriorating race track and newly upgraded grandstands have competitors looking forward to racing on one of the fastest tracks in Manitoba.  Campsites have been developed and wired with appropriate electrical requirements so they can be enjoyed by any type of traveler.  Other upgrades include the new 4-H Barn, new washrooms with shower facilities, upgrades to the kitchen/dining hall and maintaining the old Round house as a heritage building.  The Ag Society has worked countless volunteer hours to keep up with site maintenance, facility management process, planning and running of fundraiser events, finding and applying for grant opportunities, and marketing their site; keeping visitors coming back year after year.

Volunteer of the Year

This tribute is presented to a volunteer (a person who has not received payment) who has demonstrated an outstanding effort in a tourism activity.

Woven into the fabric of his community and its tourism; this nominee has helped make the vibrant rural community of Virden and even better place with his many years of volunteering; making it a more sustainable place to live and an educational and exciting place to visit. This volunteer gives free walking tours to groups and school classes, as well as provides free canoe tours and dinner packages to assist local charitable events.  As Sgt. At Arms for the Royal Canadian Legion, he has served at parades and banquets that have welcomed and entertained visitors to town for many years.  Always willing to lend a helping hand, he has also assisted the Canadian Red Cross Disaster Assistance Team and Emergency Response Team, as well as given many hours to cleaning up his community and improving Virden’s Aesthetic.  In addition to all this; this nominee also has an active role in the Virden Canada Day Committee, Pheonix Players and Tourism Westman.

Outstanding Contribution by an Individual

This tribute is presented to an individual/individuals that have created a tourism attractin, entirely of their own personal volition and without numeration that not only attracts a large number of visitors to the Southwest Manitoba Region, but has made significant financial impact that benefits a charitable cause of organization.

Originally started as a small not-for-profit fundraiser seven years ago by a husband & wife duo, whose aim is to raise funds and awareness for the Canadian Cancer Society, this nominee brought in 3,500 visitors over the course of the 4- day event in 2016!  Two years ago, they were able to move to an acreage near Kemnay, MB and their event now features a haunted three-level house, decorations throughout the yard, a 1400 square foot indoor haunt space, 3000 square foot Pole Barn Haunt, large kid friendly area, covered canteen concessions area, a flash mob, entertainment and much more!  Admission is not charged, but donations for the Canadian Cancer Society are accepted; with last year bringing in over $18,000! In the 7 years they have been in operation, they have managed raised over $47,000, with 100% of donations received going to CCS – In addition, this nominee has recently taken the title of #9 Haunt in North America in a recent online rating! 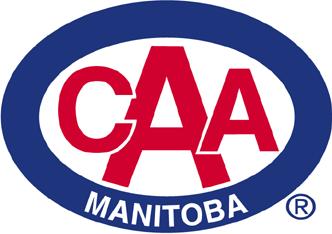 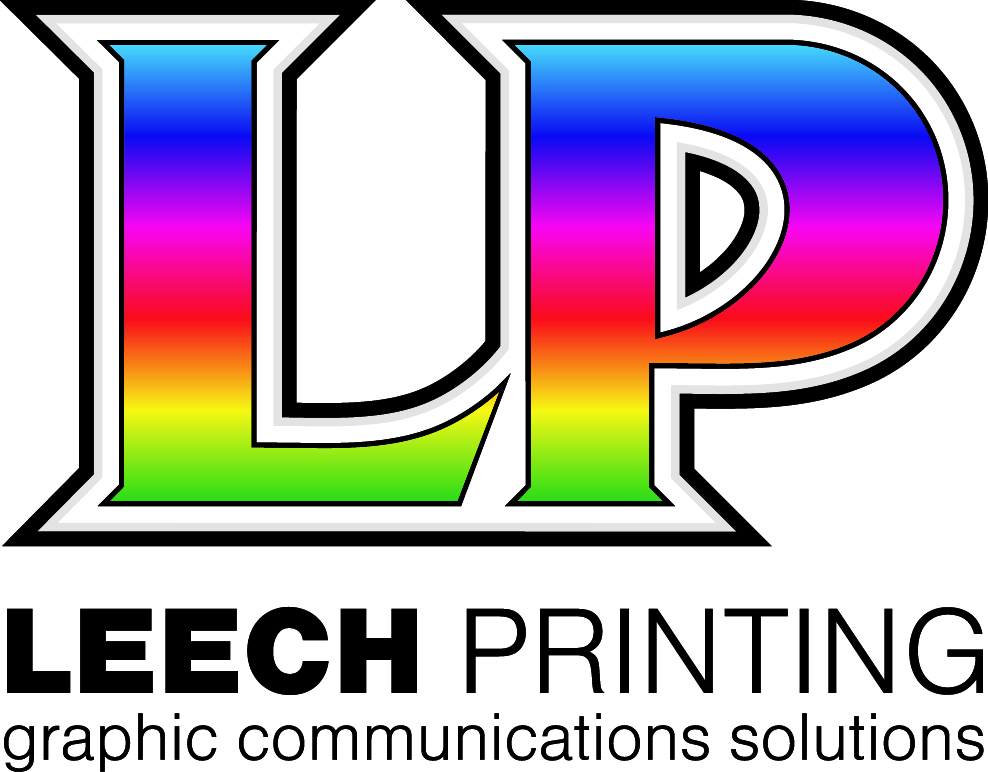 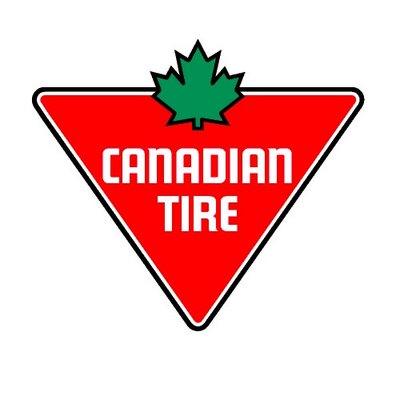 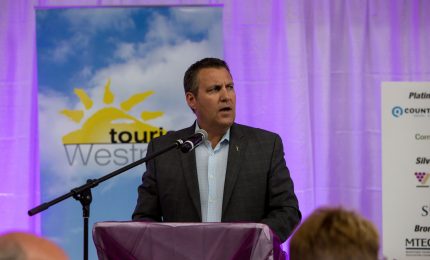 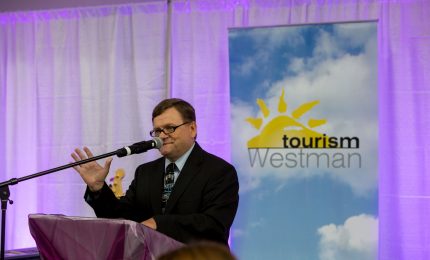 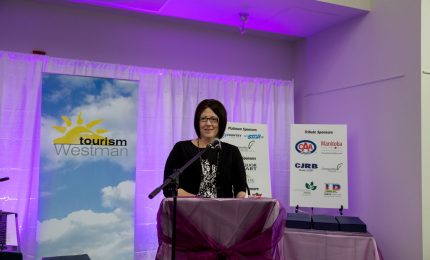 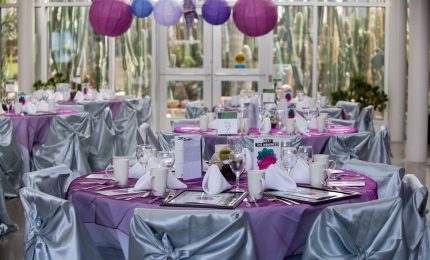 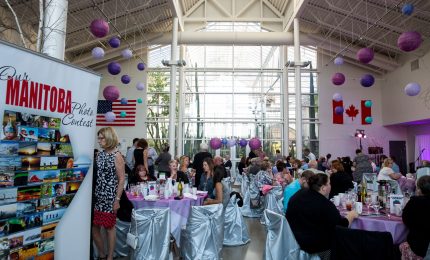 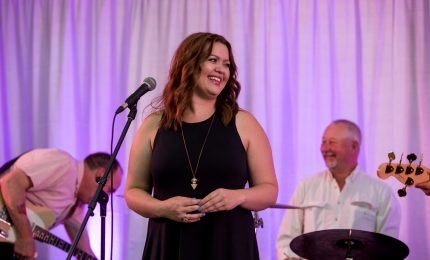 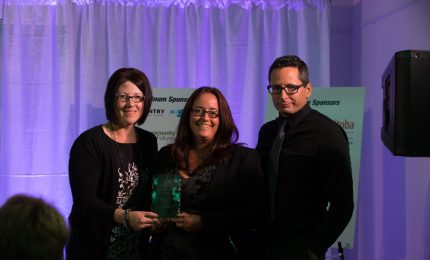 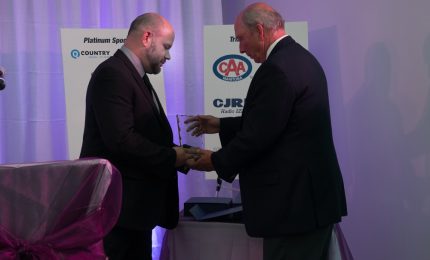 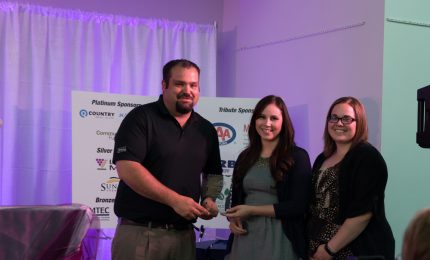 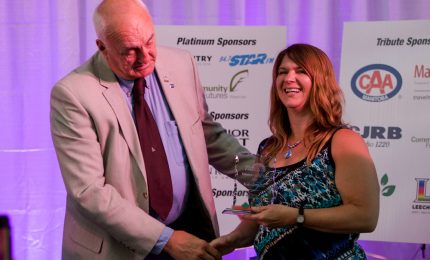 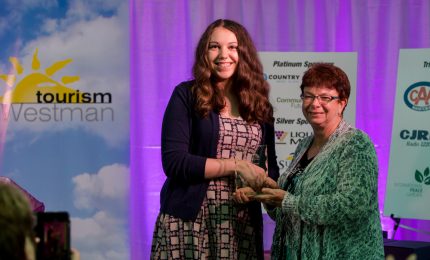 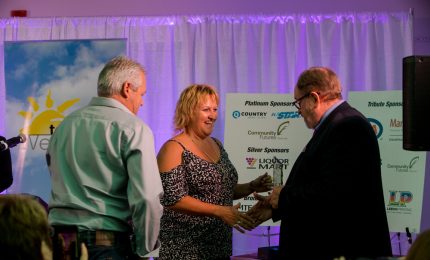 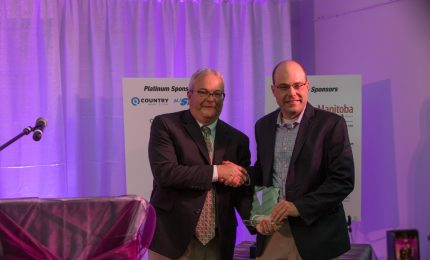 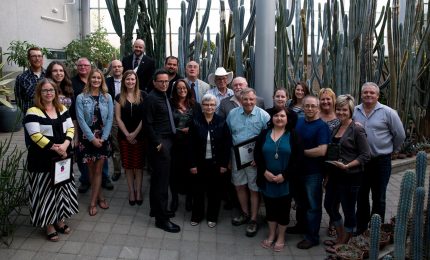